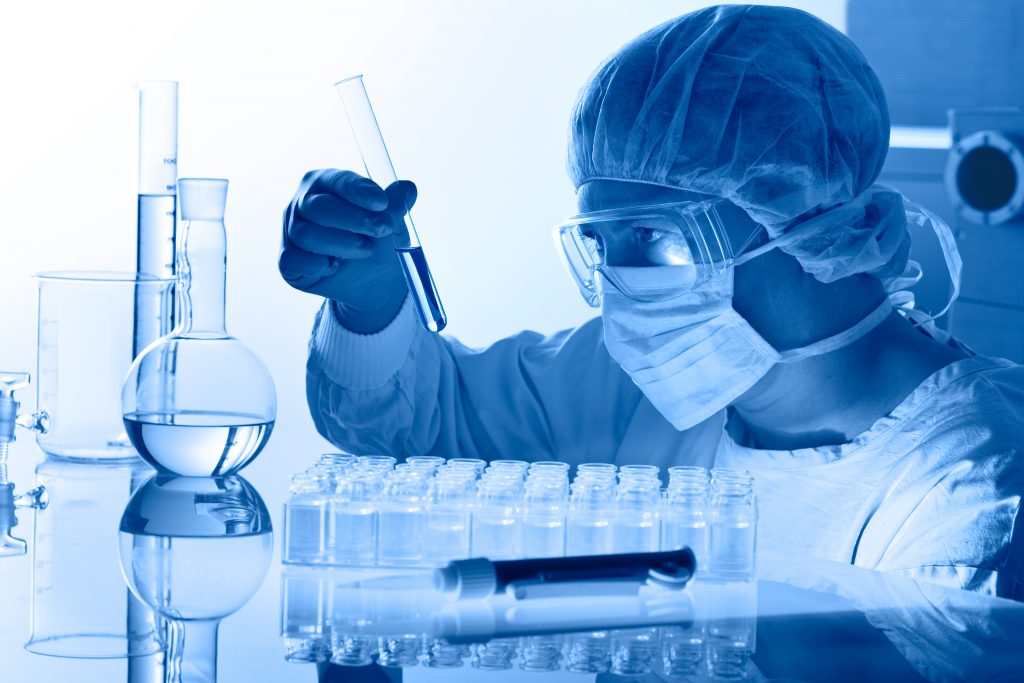 Despite the growing success of kratom in the US, the plant remains federally unregulated. Kratom vendors operating in the U.S. who have not implemented the KCPA (Kratom Consumer Protection Act) are not required to comply with any product regulatory controls or any specific quality control requirements.

That being said, kratom does come within the mandate of the U.S. Food and Drug Administration (FDA)—an agency that has expressed concern over the heavy metal and bacterial toxicity of some kratom. Although the FDA has focused extensively on an FDA ban on kratom, and several bacteria-contaminated kratom products have been recalled in the past, heavy metal toxicity also presents a real risk to consumer safety.

Ingestion of bacteria such as salmonella can cause severe digestive problems as pathogens penetrate the digestive system. Unlike salmonella and other bacteria, however, heavy metals grow gradually in the body over time, where they can linger for weeks, if not years, in bones, hair, and tissues. Consequently, an excess concentration of heavy metals can undermine human health rapidly even before signs are visible.

Last year the FDA conducted a series of kratom studies to assess the threat of kratom heavy metal toxicity. While polarizing, their findings — which have been published online — have significant consequences for the kratom industry and its consumer safety.

The US FDA released its review of thirty different kratom products from a number of US-based kratom suppliers on April 3rd, 2019. Many of these products, according to the FDA, contained “significant levels of lead and nickel at concentrations exceeding safe exposure” with the average product having 5425ng (nanograms) of nickel and 613ng of lead per gram.

Considering the kratom heavy metal toxicity of these drugs, the FDA reported that “heavy kratom users may be exposed to levels of lead and nickel many times greater than safe daily exposure.” Because both lead and nickel are toxic to humans and ingestion does not provide any biological purpose, the FDA also indicated that the negative effects of exposure may include “nervous system or kidney damage, anaemia, high blood pressure or increased cancer risks.

The FDA is no newcomer to the ill effects of heavy metals present in kratom; it checks thousands of products from food and health supplements and cosmetics every year.

Currently, the FDA classifies lead as a Class 1 impurity, indicating it has a high level of toxicity and “has limited or no use in the manufacturing of pharmaceuticals.” If ingested in higher than normal concentrations, lead can cause neurological, hormonal, cardiovascular and immune damage. For infants, who are particularly sensitive to intake and processing, the metal can also induce developmental delays and cognitive deficits.

Nickel, the second kratom heavy metal contained in the checked samples, is also listed by the FDA as a Class 2A impurity, meaning it is significant, but not as lead. Nickel is known to be toxic to humans at large doses, and overexposure has been associated with increased risk of lung cancer. The precise hazard of nickel is however less well-established than that of lead.

Why can Heavy Metals Be Found In Kratom?

While at first glance the FDA’s kratom test may be disturbing, there is more to the picture than what is immediately evident.

For instance, in hundreds of plants including kratom, nickel and lead-the kratom heavy metals listed by the FDA-are found naturally. Lead accumulates over time in soil where it is able to remain present for generations. Plants can then absorb lead through the soil and transfer it via bioaccumulation through the food chain. On the other hand, nickel is commonly found in food and water, and is important for many plants, unlike lead.

The FDA recognizes the need to protect consumers from heavy metals, and has set reasonable standards for their use in water, cosmetics, and many other products. The FDA describes the permissible daily exposure for lead as 5mcg (micrograms) and 220mcg for nickel in their recommendations for pharmaceutical products. Nevertheless, many of the toxicity levels of the kratom products examined fell well below certain guidelines, with certain products containing as little as 0.5mcg lead and 1.57mcg nickel.

Heavy Metals In Other Products and General Exposure

While the FDA kratom report has drawn attention to high levels of nickel and lead in different kratom products, the same heavy metals are found in both lower and higher quantities in thousands of products used by Americans every day.

One study found that vegetables and fruits were the highest sources of dietary lead among all food groups eaten by the American participants being studied. It was calculated that the participants ingested up to 20mcg of lead from fruit and ~25mcg from vegetables a day. Although the study was published in 1975, the authors noted that “the levels in foods of these elements do not differ significantly from year to year.”

Event for products targeted at the most susceptible consumer, children, the same heavy metals have been identified repeatedly as well. Infants and children are especially vulnerable to the detrimental effects of lead and other heavy metals because of their smaller, growing bodies which can accumulate heavy metal at higher rates than adults.

A 2018 study found detectable amounts of at least one heavy metal including cadmium, inorganic arsenic, and lead in a variety of brands such as Earth’s Best and Gerber for baby foods. For fifteen of the foods tested the heavy metal content was high enough to pose a health risk to children who consumed as little as one portion daily. The consequences of excessive heavy metal intake for infants and children include irreversibly compromised cognitive function, behavioral problems and lifelong health conditions such as asthma, autism and ADHD.

The FDA finding of kratom heavy metals aren’t exclusive to kratom or kratom products. Consumption of heavy metals is a common health concern that affects a huge number of consumer goods.

What Does This Mean For The Future?

The identification of lead and nickel in the FDA’s report on kratom testing has troubled many users of kratom. But, whether deliberately or not, the test results of the FDA have underlined the need to increase quality assurance expectations for kratom products

More American kratom vendors have been vigorously checking their products for kratom heavy metals since the start of 2019, and making their lab results available in many cases. Some vendors also test their kratom in lots and digitally store their test data to make sure every gram and item is tested and logged before shipping out.

Customers have also taken a serious interest in the transparency of kratom products The findings of the FDA’s kratom report have highlighted the potential health risks of untested kratom to many consumers who had previously been unaware of the prevalence of toxicity of the substance. Today Americans are more likely to buy kratom from reputable kratom vendors who routinely perform laboratory testing and import their goods from reliable sources.

American law has also shaped around the risks of kratom heavy metals and the push for greater transparency. The American Kratom Association, a non-profit kratom advocacy organization, launched the Kratom Consumer Protection Act in early 2019, a law designed to improve transparency for kratom vendors through more strict product quality and standards for labeling. KCPA versions have been adopted in a number of states, with 21 more targeted for legislation in 2020.

While there has been some confusion caused by the FDA’s kratom test report, their kratom heavy metal test results have also provided support for positive change within the American kratom industry. With a new focus on distributor openness and product safety, it seems America’s kratom customers are in better hands than ever before.

At Kratom Virtue, we have a diverse selection of high-quality kratom directly derived from nature. Check out what we have to offer and enjoy 20% discounts when you pay using bitcoin!